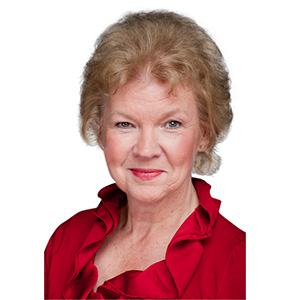 Born on the beautiful island of Penang before traffic wardens were invented, the daughter of a Rubber Planter and Special Constable during the Communist Uprising in Malaysia, Liz grew up with her younger brother Ian in the Far East. When Liz’s father moved to the top of the Communists assassination list, the family were evacuated through the jungle in the dead of night from their plantation in Kedah to relative safety. They then moved to Sabah to relative safety apart from the poisonous snakes, scorpions, centipedes and other unwelcome visitors but it was an idyllic life despite the monsoons and floods.

Liz completed her education at St Hilarys School for Girls in Edinburgh leaving after 5th year to spend a year studying in Germany and working as an Au Pair until beginning an Arts Degree in Modern Languages at Aberdeen University followed by a Law Degree. Her apprenticeship was served at Milne & Mackinnon, Solicitors (amalgamated with Peterkins) where she met and later married the senior partner Ronnie Mackinnon. They had twins Calum and Sarah but sadly Ronnie died of motor neurone disease after 12 years of marriage. Since then the family have been involved in fundraising for the MND charities, in particular the Euan MacDonald Centre for Research into MND. On completing her apprenticeship Liz spent almost a year at Wilsone & Duffus and then took 3 years out to run for her brother The Boat Inn, in Aboyne.

She then joined Lefevre & Co which in 1989 amalgamated with James & George Collie. After producing 6 charity recipe books for Children in Need, The Tsunami Disaster Fund and MND among others, she has had to promise her Collies colleagues no more! In 2013 Liz became the first woman President of the Society of Advocates in Aberdeen in its 400 year plus history. During her years of practice there have been many changes in the profession but she still relishes the challenge and is committed to the valued teachings of her apprenticeship, namely client care and a spirit of co-operation with others within the profession.