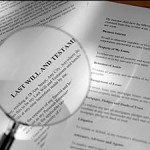 The Succession (Scotland) Act 2016 will come fully into force on 1st November 2016.  This is the first significant reform in this area of law for over 50 years.

The 2016 Act implements a number of technical legal changes and addresses a number of anomalies within the current legal framework.  This Act is likely to be the first stage in what is anticipated to be a two-stage reform of the law of Succession in Scotland.  The second stage of the proposed reforms on which the Government consulted towards the end of last year could result in a far more radical and controversial overhaul of the law on Succession as we know it, including changing how an estate is distributed if an individual dies intestate, without making a Will.

The key reforms in the 2016 Act are as follows:

Should you have any queries about how the Act may affect you, or should you wish to discuss any matter in relation to Succession or the making or updating of your Will, please contact Forbes McLennan or Vivienne Bruce.