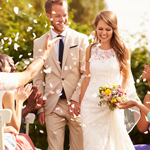 The popularity of the pre-nuptial agreement in Scotland is continuing to grow and we are regularly asked to prepare and advise on such agreements.  These are not just for international celebrities with vast fortunes, but can be equally as important for the man and woman in the street.

A pre- nuptial agreement is a contract between two parties who intend to marry.  It is a popular way to protect assets in the event the subsequent marriage breaks down.  A properly drawn up pre-nuptial agreement is likely to be binding upon both parties.   Scots Law has acknowledged the effectiveness of the pre-nuptial agreement for many years.  In England, high profile cases have illustrated the increased weight and importance of such agreements.

Typically, pre-nuptial agreements are used where one or both parties have existing assets, such as a property or savings or have inherited funds.  Individuals will seek to “ring-fence” those assets with the intention of excluding them from division in the event of separation or divorce.  In addition, the pre-nuptial agreement may stipulate that anything bought with the proceeds of a particular asset will be excluded from division between the parties upon separation. It can generally be tailored to suit individual needs.    It is important to give consideration to future aspirations, plans and likely events.  The pre-nuptial agreement may also provide for the agreement to be reviewed, for example, if children are born or there is a major change in circumstances of one or both parties.

Pre-nuptial  agreements can be set aside by court if they are deemed to be unfair or unreasonable at the time they were signed.   The classic case where one party has been strongly encouraged by the other party to sign an unfavourable agreement on the eve of the wedding, may be construed as being unfair.  It is important that both parties are given the opportunity of obtaining independent legal advice prior to signing the agreement and that it is discussed well in advance of the wedding to avoid such a scenario.

Should you require advice on Pre-nuptial Agreements or indeed any other family law or matrimonial matter, please contact Senior Solicitor, Susan Waters, in the first instance on 01224 581581 or by email at This email address is being protected from spambots. You need JavaScript enabled to view it.