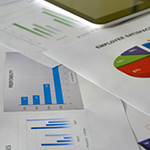 This last 6 month period of 2016 has been one of the most significant since the credit crisis and potentially marks a change in long term investment trends. Equities have strengthened worldwide, whilst in contrast there has been a continued downward trend away from the long term bull-run of the bond market.

The period began not long after the historic UK referendum result to leave the European Union (‘Brexit’) and ended shortly before the inauguration of Donald Trump as the 45th American President. Both of these events were once considered highly unlikely with Brexit odds in the middle of 2015 indicating less than a 25% probability whilst in August 2015 the probability of Donald Trump securing victory was around 4%. With Leicester City securing the Premiership title with starting odds of 5,000 to 1, 2016 certainly felt like the year of the longshot.

Although these events, at least prior to their occurrence, were considered as potentially negative outcomes the reality for most UK investors has been positive returns. A significant element of these returns has come from the fall in sterling after the Brexit vote which increased the value of overseas assets considerably. Nevertheless, global markets have also generally risen in local currency terms (including the FTSE 100) with the exception of fixed interest markets, which although positive after Brexit, fell back on the news of Donald Trump and this could be significant.

Periods of change are often quite difficult to spot until sometime after the event however it is hard not to notice that 2016 has witnessed dramatic events which will shape the future to be significantly different than previous expectations. There are potentially strong political and economic forces which can be identified that may combine to present both considerable risks and opportunities for investors.

In recent years it has become increasingly clear that whilst the benefits of globalisation can be seen there are also some unwelcome side-effects which have not been addressed. Whilst the wealth of all economies appears to have increased on the basis of averages, the distribution of wealth has not been equal. Research from Credit Suisse suggests that more than 50% of the world’s total wealth is now owned by just 1% of individuals suggesting not everyone has benefitted from globalisation because the benefit has not been spread evenly.

Brexit and Donald Trump became a mechanism for voters who felt unhappy about their situation to address the political classes and express their frustration. Whilst these voters were not generally represented by the mainstream media or the polls they registered in sufficient numbers at the ballot boxes to cause two of the biggest political surprises in a generation. This movement has been dubbed as ‘populism’ and could continue to gather momentum in other economies, particularly Europe where a number of elections will occur in 2017.

If globalisation has been a driver for lower inflation, then the more isolationist policies of Donald Trump in reducing free trade could revive inflationary pressures. Additionally, what are the long term effects of the many billions of printed money throughout the various global quantitative easing programs which remain underway in Europe, UK and Japan? Finally, how will the anticipated move away from austerity to increased Government spending impact on these two factors and could it act as a further stimulus? The answers to these questions are not clear but they do suggest strongly that future inflation expectations could be different to the past and the investment risk map may need some updating. Surveys referred to as Purchasing Managers Indices showed a remarkable rise in most global economies at the end of 2016, and especially unexpected was the measure in Europe which reached the highest point since 2011. These surveys are an indication of economic confidence and suggest that economic growth is continuing to rise. Inflation measures have also recently begun to rise although the significance is being played down by central banks that are reluctant to increase interest rates for fear of damaging consumer confidence. Taking all of these factors together there is strong likelihood that inflation will increase higher than current median expectations and interest rates will remain relatively low. Fixed interest assets with long maturities will be particularly sensitive to this change and valuations may fall significantly whilst short dated inflation linked securities will benefit together with companies whose business models can pass on price increases to their customers.

If bond markets do decline further the effect may be stimulatory as money which has been released through quantitative easing, but trapped in the icebergs of the frozen bond market, will begin to be freed and its presence will begin to be felt within the real economy as a stimulus.

We expect that history will mark out 2016 as a year of change and we believe that investors who understand the changes which are occurring will be able to increase their returns and avoid some losses as a consequence. Whilst the idea of returning to double digit inflation is out of the question, the very low inflation and interest environment could have bottomed leading to different future outcomes where traditionally higher risk investments which offer a natural protection against inflation behave with lower risk characteristics and vice-versa.

If you wish advice on, or to discuss, any of the topics in this article, please contact any of the James & George Collie Financial Management team by email at This email address is being protected from spambots. You need JavaScript enabled to view it.