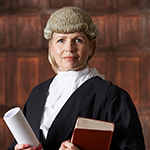 One common misconception that is often held by clients who consult a Family Lawyer for the first time, is in relation to what is possibly the couples most valuable asset, namely the family home.

A decision by Lady Carmichael in the Outer House of the Court of Session in the case of JA against WA has reinforced this point. This case revolves around a couple who were divorcing. The husband contended that the matrimonial assets ought not to be shared equally because the net value of the matrimonial assets derived substantially from his gifted, inherited or pre marriage property. He sought an order that the matrimonial home and two other heritable properties owned should be sold and the proceeds be divided in the proportion of two thirds to him and one third to his wife. The wife agreed that the matrimonial home should be sold but sought an equal sharing of the net proceeds. She also sought a transfer to her of her husband’s interest in each of the other two heritable properties, again with other orders.

By way of background, the husband’s father died when he was a child and he had inherited money. He brought investments to the marriage in the amount of approximately £100,000. He also owned a flat in Edinburgh. During the marriage he inherited a further £10,000 from his father’s estate and received a sum in excess of £200,000 from the estate of an aunt, and approximately £25,000 from his godfather. His mother also gifted him over £230,000, again during the marriage. On his mother’s death he received £140,000 by way of the proceeds of a Life Assurance Policy, the residue of his mother’s estate in the sum of approximately £23,000, a shared investment portfolio and a property in Bamburgh. Before their marriage the wife had owned a property in Edinburgh which she still retained. Since the date of the parties separation the husband had received further sums by way of inheritances totalling almost £580,000. During the marriage the husband had received redundancy and resettlement payments from the Army, part of which was attributable to his pre marriage service.

The Judge focused, in particular, on the matrimonial home which was bought during the marriage for £757,070, funded partly by a mortgage of approximately £300,000. In addition, the husband transferred £161,000 from his current account to settle the deposit. The proceeds of sale of a flat in Edinburgh of approximately £253,000 was also applied to the purchase and the husband’s mother contributed £75,000. The parties took title in equal shares. The wife contended that the £161,000 contributed did not come from her husband’s inherited wealth but from contributions he had made during the preceding years of marriage.

The Judge also looked at the background relating to the various other properties and reflected on the law. She then looked at the law regarding the unequal sharing of matrimonial assets. It is a trite principal that the whole of an asset may be excluded from sharing on the basis of the source of the funds used to acquire it, but at the end of the day the task of the Court is to achieve fairness between the parties.

In summary, this case simply reminds us of the need, where any couple are buying a property but are contributing unequally towards the purchase price or where the purchase of a property is funded by gifts or an inheritance received by one party, for these facts be recorded in an Agreement entered into between the parties to save the expensive, stressful and time-consuming Court cases which may result. Such agreements are not limited to events occurring before marriage or where a couple co-habit but can be entered into post marriage if for example one of the parties receives a substantial gift or an inheritance which is then used to acquire something either in that parties sole name or in the joint names of the parties and which may be deemed to be a matrimonial asset thereafter.

For further advice on this or other similar matters, please do not hesitate to contact any of our Court Solicitors.