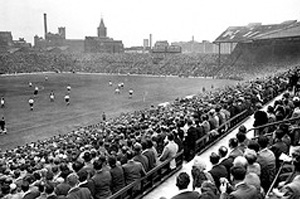 With the end of the Scottish domestic football season for the 2014/15 campaign, many will be wondering what to do with their weekends and contemplating how to fill the void.  Many players are jetting off on their well-earned end of season break and many managers are contemplating shuffling around their existing squad for the upcoming new season.

The Scottish Parliament may also potentially be looking towards doing the same in the near future in relation to a revamp of the Offensive Behaviour at Football and Threatening Communications (Scotland) Act (2011).   This is the legislation which has brought us the much reported ‘football banning order’.  Our Jamie Robertson provides an overview of the situation as things stand currently.

The success and intention of the abovementioned legislation has been called into question in recent months.  The University of Stirling are set to publish a report into the perceived widespread failings of the legislation, which was the first bill ‘railroaded through the Scottish Parliament in 2011’ according to independent MSP Margo MacDonald.  Indeed there seems to be widespread condemnation as to the effectiveness of the legislation, given that there is currently a 4,500 strong (and growing) petition to have the legislation repealed by the football supporters group, Fans Against Criminalisation.  They cite amongst the reason for their petition, that the legislation stifles their right to freedom of expression.   Those who have had the misfortune to attend football matches where unsavoury songs have been sung would completely refute these claims, but there is, from a legal point of view, a thin line to be trodden between what could be viewed as ‘friendly banter with the opposition fans’ and those songs, chants, statements or other forms of communication, verbal or electronic that could incite hatred or otherwise breach the legislation.

The very need to have this legislation is a damning indictment of the darker side of football, however the success of this Act itself when viewed objectively and fairly, is mixed. Only 74 convictions were secured out of 161 cases which called before the criminal courts last year; that’s only a 48% success rate for convictions.  Those who are against the legislation would state that this shows there is a need for better honing of its intent, as when challenged under Article 7 of the European Convention of Human Rights (the right to know the charges against you) the alleged offences do not appear to hold sufficient water to satisfy the requirements if said Article.  This stance is backed by the Scottish Human Rights Commission, which stated that when being passed through the Scottish Parliament, it ‘lacked a degree of legal certainty’.  However, lawmakers and enforcement officers would no doubt refute the above assertions and state that any successful conviction under the act is in the public interest and that the legislation is fit for purpose.  The reasonable man can clearly see both sides, and would not wish for there to be any situation whereby this kind of legislation is necessary.  However, on balance, the next time you are revelling on the terraces of your chosen teams ground, we would advise that you err on the side of caution and simply whoop and holler along with the vast majority of your fellow fans!

Should you require any more information on these matters please contact our Jamie Robertson by email at This email address is being protected from spambots. You need JavaScript enabled to view it. or any member of our Court Department.