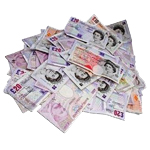 In the Autumn Statement, the Chancellor announced that the government will move to a single major fiscal event each year. Following the spring 2017 Budget and Finance Bill, Budgets will be delivered in the Autumn, with the first one taking place in autumn 2017.

So what could this Autumn’s statement mean for you?

The Money Purchase Annual Allowance (MPAA) will be reduced to £4,000 from April 2017. The government does not consider that earners aged 55 and over should be able to enjoy double pension tax relief, such as relief on recycled pension savings, but does wish to offer some scope for those who have needed to access their pension savings to subsequently rebuild them.

From April 2017, employees who utilise salary sacrifice schemes to receive various non-cash benefits in kind (BIK) will pay the same tax as if the BIK had been received as cash. However, salary sacrifice in lieu of employer pension contributions are excluded from this change (along with ultra-low emission cars, childcare and the cycle-to-work scheme).

A new savings bond will be available through National Savings & Investment (NS&I) in spring 2017. The detail will be announced in March but the bond is expected to have an interest rate of around 2.2% gross and a term of 3 years. The return might be adjusted to reflect market conditions when the product is launched. Savers over the age of 16 will be able to deposit up to £3,000, with a minimum investment of £100. The government expects around 2 million people to benefit from the new bond, which will be available for a year.

The annual subscription limit for junior ISAs will be uprated in line with the Consumers Price Index (CPI) to £4,128, alongside the ISA subscription limit increase from £15,240 to £20,000 which was previously announced at Budget 2016. This will be effective from 6 April 2017.

The main rate of corporation tax was cut from 28% to 20% back in 2010. This will be cut again to 17% by 2020. For those looking to offset corporation now at the higher rate, they may wish to consider pension contributions through their company by utilising carry forward of unused annual allowances from the previous 3 tax years.

What we already knew…

The point at which higher rate income tax kicks in will increase from £43,000 this year, to £45,000 in 2017/18. Although for Scots, this figure will be £43,387 following the devolution of a swathe of new powers to the Scottish Government agreed after the independence referendum.

The launch of a new Lifetime Individual Savings Account (LISA) for those aged between 18 and 40 is to open from April 2017. They can save up to £4,000 a year and the government will add a 25% bonus if the money is used to buy a home or as a pension from the age of 60.

Finally, from 6 April 2017 an additional ‘residence nil-rate band’ of £100,000 per person will be introduced – which will effectively take the threshold at which inheritance tax (IHT) becomes payable to £850,000 for family beneficiaries.

However, it is important to note that this allowance will only apply to wealth tied up in your main residence and it can only be left to direct descendants – children, grandchildren and step, adopted or foster children.

If you wish advice on, or to discuss, any of the topics in this article, please contact any of the James & George Collie Financial Management team by email at This email address is being protected from spambots. You need JavaScript enabled to view it.