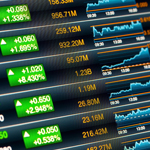 In our last market commentary in February we were coping with the increased anxiety caused by falling equity markets both in the UK and abroad. This has been replaced by general feeling of wellbeing as the reversal in fortunes of equities has seen an almost total rebound in the UK and an even greater rally in Asia and the emerging markets. The FTSE World Index rose 4.96% and the FTSE 100 rose 4.08% over the period whilst the IA Asia Pacific Excluding Japan Index returned 7.51% and the IA Emerging Markets Index 11.62%.

Why has this happened? Well, in recent times the price of oil has become regarded by many as a barometer for the health of the global economy, if not the local Aberdeen one. Whilst this is not necessarily a valid economic thesis, the sliding price was unnerving to investors and the recent recovery has been the main catalyst for the positive returns across many indices.

One thing that these current market conditions vividly demonstrates is that investors are now more prone to anxiety than prior to the credit crisis. In 2007 investors barely blinked when a run on Northern Rock bank ended in its failure, which with hindsight, was a perfect dry run of the credit crisis that later engulfed nearly all major Western banks. This warning occurred one year before the failure of Lehman Brothers, yet few investors took notice because the confidence in banks and their regulators was so high that a failure beyond an isolated event was unimaginable.

However, as a consequence of this experience investors are now acutely aware of possible unidentified risks and relatively small quantities of bad news can create a significant market reaction. This means that, from an investment perspective, positive news-flow is being received calmly, whilst negative news-flow is echoing around the financial media, reflecting the underlying anxiety of investors.

This anxiety has mostly manifested itself in the high valuations of sovereign bonds. It was once believed, on reasonable grounds, that the lowest possible yield would be zero as it would not make sense for an investor to pay for the benefit of lending their money. However investors are now paying borrowers to lend them money with the default risk transferring from the lender to the borrower in terms of interest payments. The Financial Times now estimates that there is over $10 trillion of sovereign debt worldwide, which is yielding less than zero for investors.

Historians look back with disbelief at some of the investment decisions which led to market instability. The ‘tulip bulb bubble’ reached a peak in 1637 when a single tulip bulb sold for 10 times the average salary of a craftsman. In the 1840’s, railway mania created a speculative frenzy with money pouring in creating opulent stations but little return. Japanese equities peaked in 1991 with dizzying valuations as over-confidence created a greed based cycle of over-investment. It is difficult to imagine negative yielding bonds not joining this list in the future, such is the difficulty in understanding the rationale for buying at these prices.

There are signs that the underlying global economy is continuing to recover. Unemployment has continued to fall in the UK and the USA, inflation has ticked up a little in Europe and global economic growth generally remains positive. There have been a few downward revisions, but not particularly significant.

We expect that the low unemployment level will drive wage inflation higher increasing demand and pushing core inflation higher. The bounce in the commodity cycle will also influence prices adding further upward pressure to inflation. Whilst many market commentators are expecting inflation to remain subdued, we perceive this to be a more temporary situation.

The short term risk facing investors is the Brexit vote on 23rd June. This is a binary event which is likely to lead to a small relief rally in the event of an ‘in’ vote and significant volatility in the event of an ‘out’ vote. The result is too close to call at the moment.

In summary, we expect periods of anxiety to reoccur frequently, but ultimately equity markets will continue to provide attractive returns supported by low levels of global economic growth. Fixed interest markets remain at unsustainably high levels with yields too low to justify the capital risk. US equities are the least attractive market on the basis of valuations whilst Asia & Emerging Markets are relatively more attractive and are further supported by the recovering commodity cycle.

Remember, however, that the value of investments can go up as well as down and past performance is not necessarily a guide to the future.