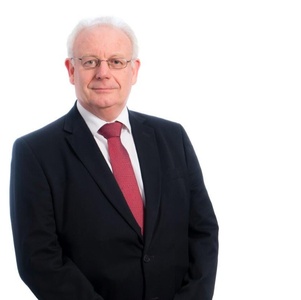 Tel: 01569 763555
Email: This email address is being protected from spambots. You need JavaScript enabled to view it.
Location: Stonehaven

After leaving University Graham worked with Stewart & Watson in Turriff and Banff during what was then known as his apprenticeship. On completion of his apprenticeship he moved to Dundas & Wilson principally in Aberdeen but also spent 18 months in their Edinburgh Office in the commercial and corporate departments. He remained with that firm for five years and on leaving joined Kinnear & Falconer in Stonehaven where, after twelve months, he was assumed as a Partner. He remained in partnership until the firm merged with James & George Collie in 2010. Graham has been accredited by The Law Society of Scotland as a Family Law Mediator and has also trained as a Collaborative Lawyer. He passionately believes that resolution of disputes between couples who separate should, wherever possible, be dealt with outwith Court. The majority of his time is now spent dealing with family law related matters.

Outside of the office Graham is a member of Stonehaven Rotary Club and is a keen but erratic golfer. He is married with two grown up daughters.